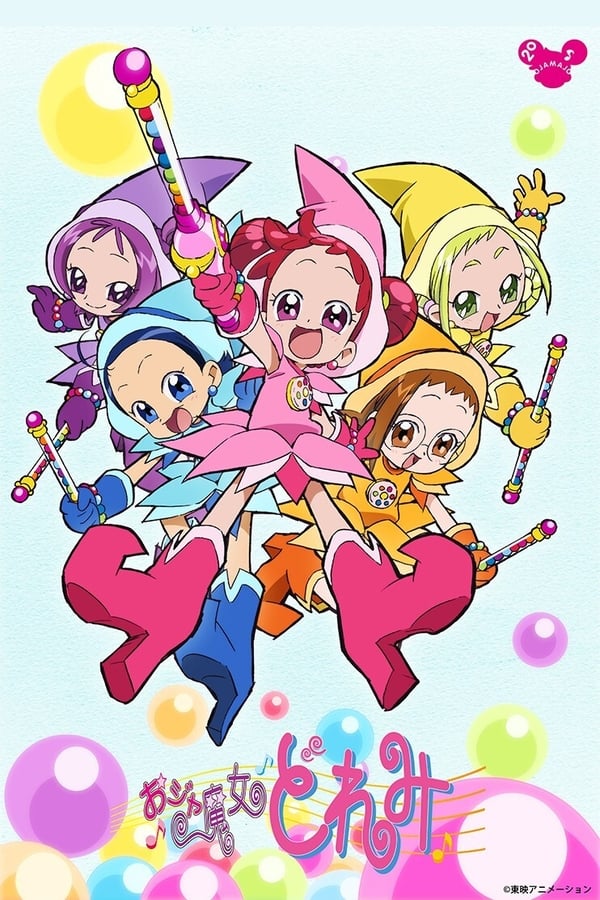 Ojamajo Doremi, known as Magical DoReMi in the US, is a magical girl anime television series created by Toei Animation in 1999. It focuses on elementary school students who become witch apprentices. Led by Doremi Harukaze, the girls must maintain their double lives in secret. Ojamajo Doremi has been followed up by three direct sequels, lasting until its end in 2003. During the television series' runtime, two companion films were released in theaters. The English dub, produced by 4Kids Entertainment, released a preview episode in the US airing on August 13, 2005, and the first episode on September 10, 2005. 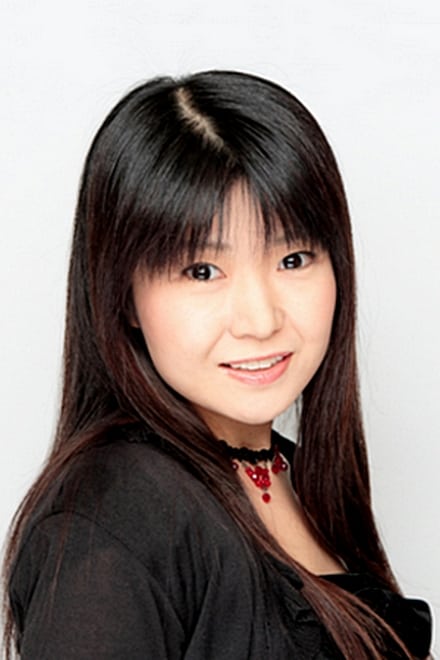 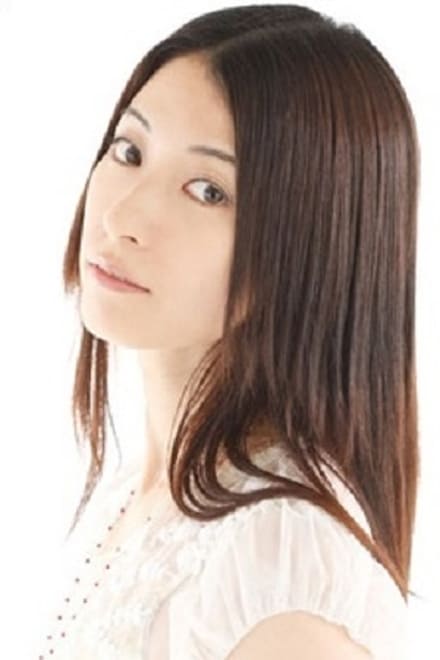 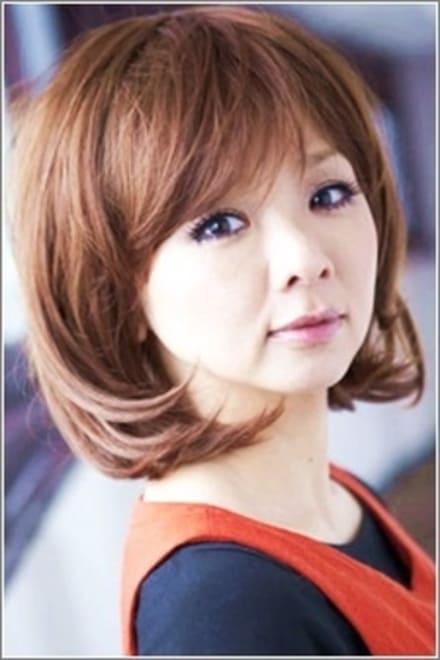 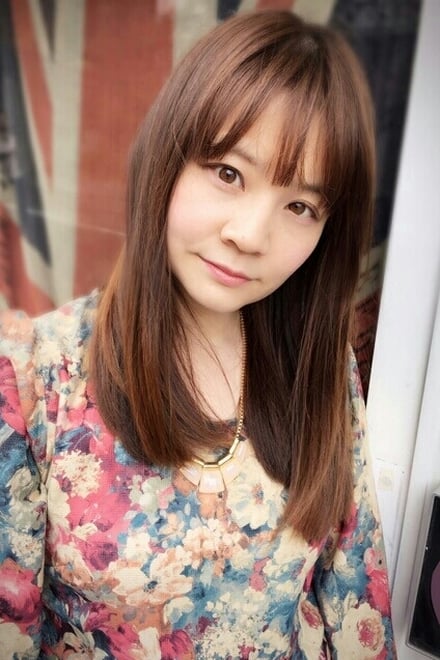 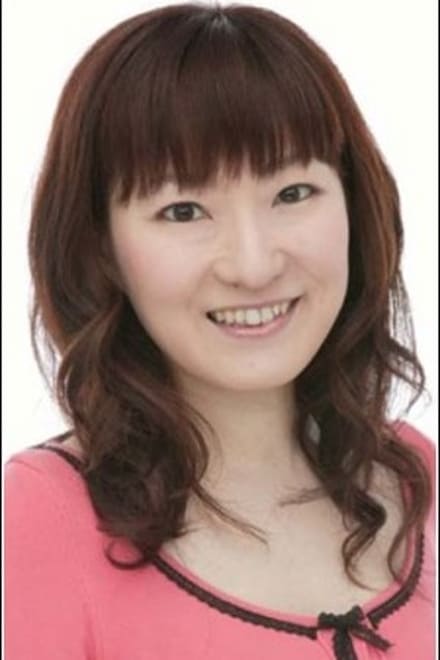 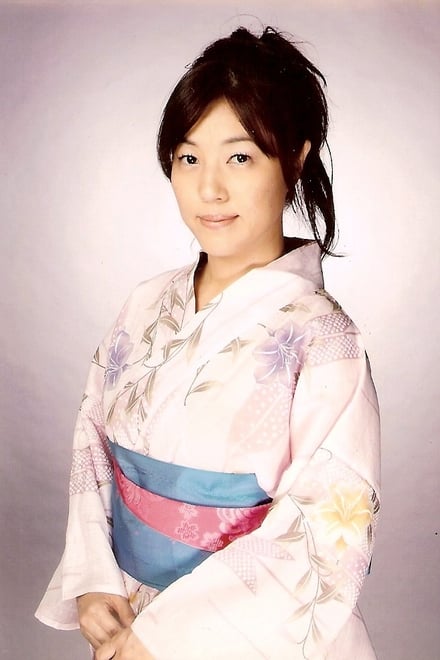 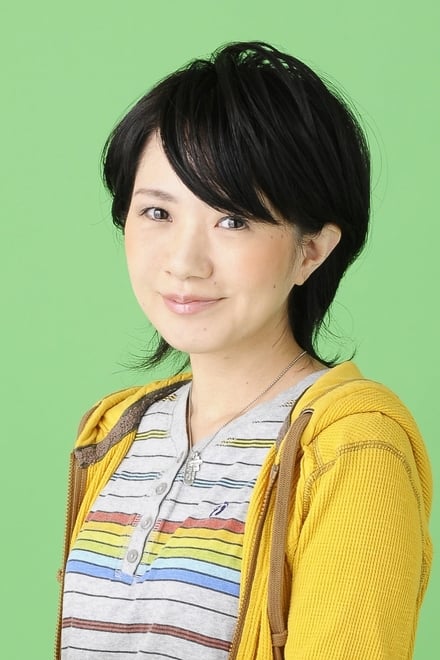 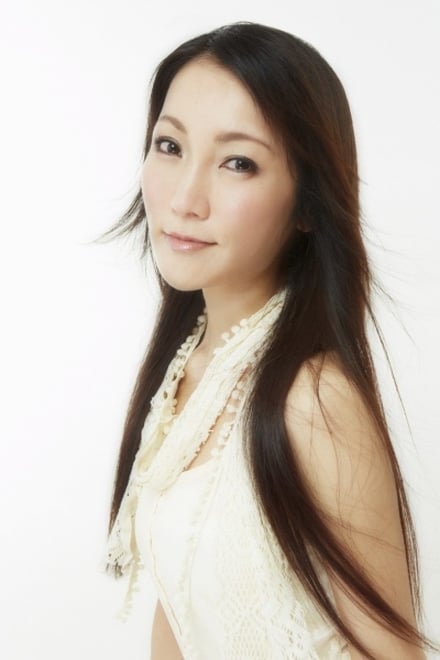 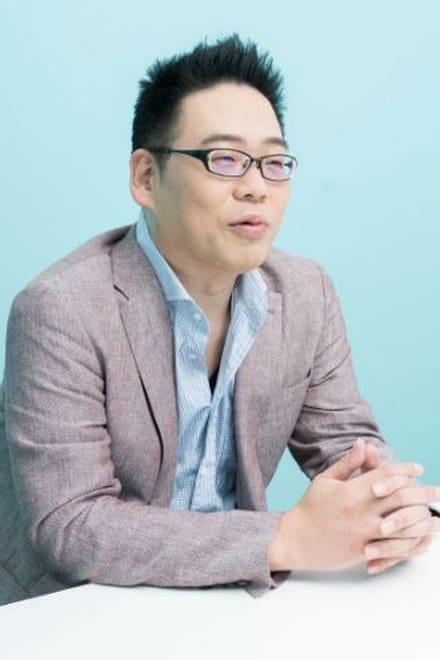 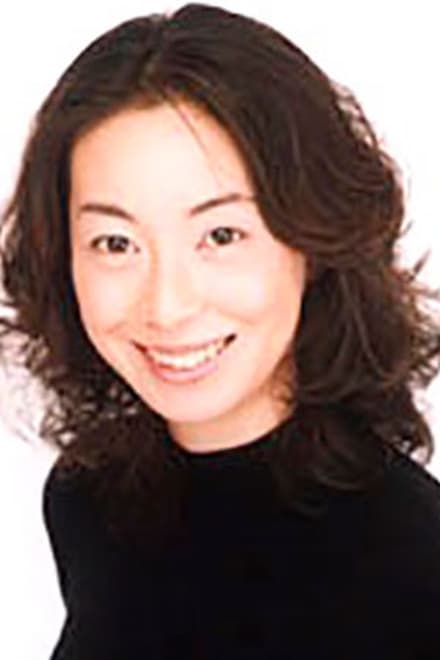 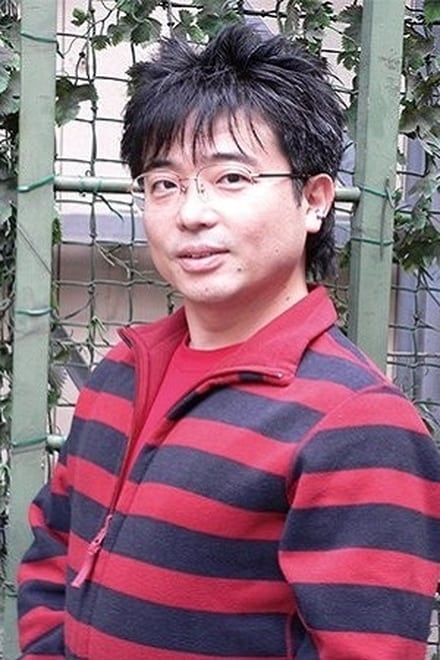 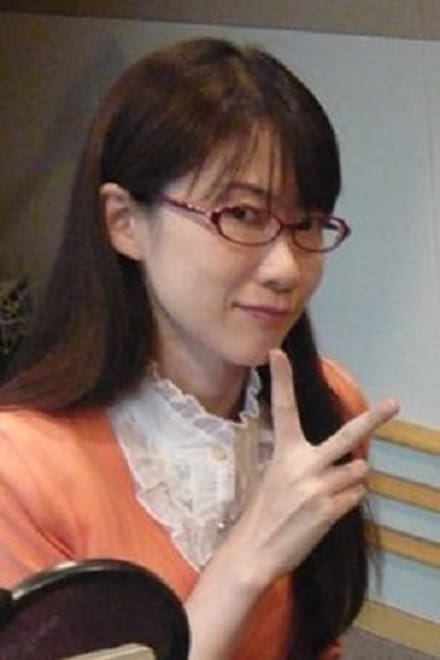 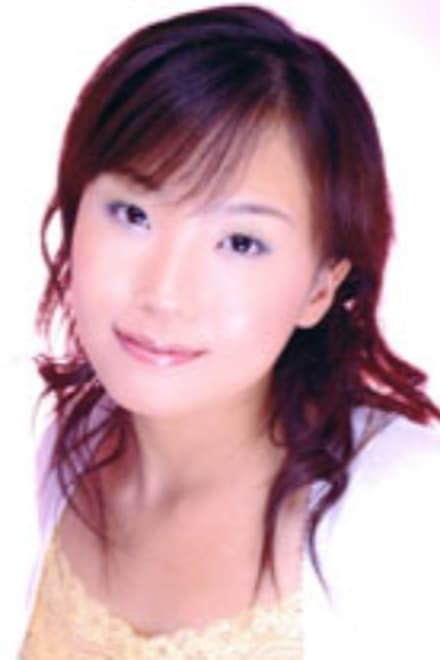 During Doremi and her friends' summer vacation, they visit her grandparents in the fictional mountains of Fukuyama, where they hear of a mysterious legend of Mayuri and Zenjuro, two star-crossed lovers that died in the Edo period. During the next morning, when they investigate the forest, the girls get lost and face the Curse of the Full Moon, which makes them unable to use magic. Meanwhile, due to a traumatizing memory, Aiko develops a fear of Doremi's grandfather.

27-year-old Tokyo office worker Mire Yoshizuki just returned to Japan, while 22-year-old fourth-year college student Sora Nagase aspires to be a teacher, and 20-year-old boyish Reika Kawatani is a part-time Hiroshima okonomiyaki shop worker and freelancer. What draws together these three women from completely different walks of life is a magic gem. A "New Magical Story" begins when they are mysteriously brought together by chance and embark on a journey.

Doremi and her best friend Hazuki Fujiwara want to swap lives for a day, as they both feel that the other is luckier. However, this leads to a few consequences.

A new girl named Aiko Senōō from Osaka transfers to Doremi's class and unintentionally upsets Doremi and Hazuki at first. Once Doremi gets to know her, she befriends her and tries to find ways to cheer her up on Parents' Day at school.

The three girls prepare to take their first witch exam, but Doremi must spend the day supervising her younger sister Pop. Pop wants to go to her grandparent's house by train by herself. When it comes to exam time, Hazuki and Aiko earn fairies for passing the exam. Doremi fails the exam, so she doesn't get a fairy.

After failing to pass the level 9 exam, Doremi is given another chance. Her goal is to find medicine for Motamota. Luckily, Doremi passes and gets her fairy, but she does it with the help of Aiko and Hazuki, who come to see her out of worry.

Doremi's fairy Dodo runs off after being scolded, so the girls use their new magic spell, Magical Stage, to try and find her.

Miss Seki and the vice principal drop by the magic shop after photos of the girls working there arise.

The girls take the Level 8 Exam in which they have three hours to clear three obstacles unknowingly chosen beforehand.

Majorika gets purchased by Pop. Pop treats Majorika like a plush toy and she takes her to school one day.

On the last day without magic for breaking the laws of the Witch World, Hazuki is kidnapped by two conmen and only Doremi and Aiko can rescue her.

Doremi comes across a cute tennis player named Yutaka Kashiwag at Hazuki's summer house and falls head over heels for him, but her snobby classmate Reika Tamaki also has an eye on him.

Aiko's mother comes to visit, but she is unable to face her daughter. Upon finding out, Aiko heads to her mother's house in Hannan City to meet her.

Kōta Amano, a boy obsessed with hero shows, is challenged to a fight by an upperclassman, who mistakenly believes he is dating Onpu.

Mutsumi Kudō, the strongest fighter in class, looks up to professional wrestler Candy Itō but becomes disappointed when she announces a possible retirement.

Gōji Nakata becomes one of the many victims of a prank e-mail sent by Hehe asking for a date with Onpu.

The Level 1 Exam gives the girls the task of using magic to help someone and receiving thanks. However, things take a turn for the worse when their secret is discovered and spread around town.

When Doremi, Hazuki, Aiko, and Onpu travel to the Witch World to visit Majo Rika, they inadvertently walk into the Queen's garden and encounter a baby born from a special rose. They are given their powers back and are asked to take care of the newborn for a year.

At the new Flower Garden MAHO Dou, the girls are both making preparations for the grand opening and taking care of Hana at the same time. Luckily, Doremi's mother comes by and properly instructs them on how to take care of Hana.

Sebastian Shinzou Osawa, son of one of the sponsors of Onpu's event, asks Doremi to marry him, to which she obviously accepts.

Doremi and Hazuki argue about how to properly take care of Hana, but any attempt of getting the two to make up only makes things worse.

Aiko's mother invites her daughter to stay with her for the night, where she learns more about what led to the divorce.

After failing to get Hana from the clutches of Oyajiide, the Queen grants them access to more powerful magic to be used when the baby is in danger.

Kotake and Kimura want to enter a sumo tournament to win a video game and get the fried bread-loving Susumu Yanagita to join them.

Once again the class, this time with Tamaki, make a trip to Yamauchi's temple to test their courage.

After the events of the Sharp movie, Pop asks her mother to teach her how to play the piano.

Because Majo Rika and Lala are ill, the girls take Hana to school.

It's the girls against Oyajiide and Ojijide as they race against the clock for the fate of the Witch and Wizard worlds and Hana.

The four witch apprentices go in to the forest and retrieve the Love Supreme flower, however the previous queen tries to stop them. Doremi finally gets the flower and Hana is saved, but they fall asleep for 1000 years. Hana calls out to them, which awakens her mothers. When they saved Hana, their crystals break. They can't see Hana again because of this, and they part ways.

Hadzuki feels that she and Yada are becoming distant as he becomes closer to Shiori.

As the class settles in Kyoto, Kotake tries to protect Doremi from Akatsuki. Hana is turned back into a baby and the girls must hide her for the night.

A rainy day helps Baba remember one of Majo Tourbillon's children. The rainbow that comes after gives the girls an idea for removing a bramble from the Past Queen.

The 6th grade goes on a camping trip. During a scavenger hunt, Doremi and Kotake get lost.

Tamaki falls under the virus of the Witch Queen. Hana decides to cure her for her Level 1 exam.

As Onpu is accepted into a different middle school, Momoko is given the choice to move back to New York or stay in Japan.

Aiko goes to Osaka to help take care of her grandfather at the hospital. Her parents make the decision to take care of him at home, and as a result, decide to move back to Osaka.

Hazuki secretly wants to apply to her dream school, but becomes conflicted over choosing her desires over staying with Doremi.

On the day of graduation, Doremi refuses to attend school in fear of losing her friends forever. So she locks her self up in the Maho-Dou. Hana threatens to use magic, and Doremi comes out just in time before she shows everyone. In the end, after graduation, the girls send off Hana-chan, Majo Rika and the fairies with Hana promising to become the Queen fast so the can see each other again. Hana turns back into a baby when she enters the witch world. Doremi calls out to her and Hana-Chan turns around and says, "Thank you." While the theme for the original Ojamajo Doremi is played they show Momo-Chan and her parents in the airport while she says "See you. You are my best friend. I love you.(In english)" Onpu is shown with her parents in front of their car. Aiko is shown with her parents getting on the train. Hazuki is shown with Pop and (Doremi's) parents is Doremi's house. In the witch world Hana and the other babies are shown laying on Pao.

Kotake and a group of boys decide to bicycle to Mount Fuji. Doremi, Hazuki, and Aiko have to convince him otherwise.

Momoko meets Onpu at New York and tells a story of what happened before she became a witch apprentice.

The swim meet is nearing and Aiko has been chosen as Anchor for her class. There's only one problem, though...

Onpu cannot decide on a role for a movie and she reflects on what made her become an idol.

The trouble with Hana is that she isn't potty-trained.

When Baaya was younger, she fell in love at first sight with two things. The first was ballet, the other a boy.

The son of a Taiyaki maker is fed up with his father criticizing him, and goes to the Maho-do to start his business.

When a flute is broken by an honor student with a crush, Onpu takes the blame.

Momoko, inspired by two baseball lovers, makes a team of her own friends and they compete with their first team...

Aiko reunites with Anrima, who made a promise to her when she was younger.

Once upon a time; every Valentine's Day, Hazuki and Masaru swap gifts. There's a reason why they stopped.

Doremi meets a girl named Nozomi in the hospital, who is a fan of witches. She vowed to her, despite her Cancer, that she would become a Witch Apprentice.

Doremi meets a mysterious girl named Fami, who shares similar traits with her.